This street once ran all the way down from Brentgovel Street to Northgate Street but with the building of St John’s church in 1841 part of the street was re-named St Johns Street down as far as today’s Ipswich Street.

Brackland, meaning ‘broken ground’, had two parts: Long and Short (Little). Land that was between the rivers Lark and Tay, the latter little more than a ditch now. Referred by locals at one time as the ‘Borders’ probably because it formed the border of the town, it was looked upon as one of the poorer areas of the town.

Perhaps one of its most famous inhabitants was a monk of the abbey, Jocelin of Brakelond. He kept a chronicle of life at the abbey at the end of the 12thC and beginning of the 13thC. Little is known about Jocelin but his account of life under the Benedictine rule gives a real insight into monastic life then.

Here in Long Brackland, at the heart of industrial Bury St Edmunds life for the residents was very hard. The Salvation Army built their Citadel nearby in 1889 to administer to the poor and poor they were! Large families were common, top and tailing beds was the norm, shared outside taps and privies. A nocturnal visit to this unrefined earth closet was definitely only undertaken when desperation kicked in as your oil lamp or candle could be extinguished in the night air! With crowded accommodation came other problems such as diseases, Scarlet Fever and TB…. fearful visitors that took no prisoners.

One thing the old terraces had, now sadly lacking was a community spirit. Everyone knew everybody else and their business as they were all in the same boat. Money was hard to come by but it was looked upon as a working man’s right to his pint as several pubs peppered the area. The King William IV aka The ‘King Billy’ in Long Brackland was much used. It was said in later years before it came down visiting darts teams never ate the sandwiches provided by their hosts, not because of their quality but it was probably the first square meal some of the locals had eaten that day!

With the slum clearances of the 1960s swathes of Victorian terrace houses were demolished throughout the town. Dr Joyce Cockram, an eminent Bury doctor, said it was the best thing that could have happened to them as they were breeding grounds for diseases. Then, as now, housing was very important, the major difference is that hygiene and facilities are required without question today. In the days of yesteryear no-one knew any different.

50, Long Brackland was built in 1887 by Arthur Grimwood of Sudbury for Leonard Makin, wholesale grocer. He supplied many of the small grocers in the town, no supermarkets then. For many years during the 20thC the building was used by the Co-operative Society and Pordages as a warehouse. There was a big change of use when it became the home of Saxon Radio the town’s first independent radio station which opened in 1982; the station went on to become part of Suffolk Group Radio. The building was put up for sale in 2012 advertised as having 5,200 sq ft, asking price £600,000!

Opposite here is No 16, the former Seven Stars Inn which was rebuilt during the 19thC; it retained some of the timber frame hostelry from a century earlier. An oval stone plaque put up in 1907 above the doorway is to Victorian novelist Henry Cockton. His most famous novel was that of ventriloquist Valentine Vox. Henry was of his time a reasonably successful writer. Valentine sold thousands but although he received payment from his publisher he never retained copyright which was to have catastrophic consequences for him later. As a salesman on trips to Bury he stayed at the Seven Stars eventually marrying the landlady’s daughter, Ann Howes.  A hare-brained scheme of his was when he heard a rumour that the next barley harvest would be poor, plus with a repeal of the malt tax he could make a killing. Unfortunately for him neither happened and the barley he had stockpiled in warehouses went mouldy.  On top of this he stood as guarantor for his criminal brother who then absconded to Australia leaving Henry £200 out of pocket! With his publisher going bankrupt things couldn’t get worse could they; but they did as his family rejected him and Henry worried himself into an early grave in 1853 aged just 46. The Seven Stars eventually closed in 1917, having not been economically viable for some time.

The text on this page is taken from pages 46 to 48 of the book written by Martyn Taylor, published by Amberly Publishing 2016. If you wish to continue the journey through the streets A to Z of Bury St Edmunds, or indeed read more about the history of Bury St Edmunds, you can purchase Martyn’s book from St Edmundsbury Cathedral shop, Waterstones and Moyses Hall. Look out for the next instalment next month, or subscribe to our newsletter to be notified when Hazells’ Histories returns! 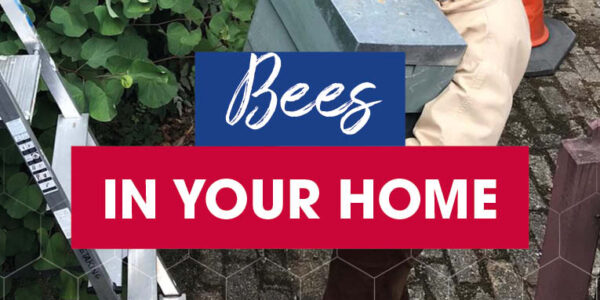 Bees in your home

Every year, and in particular in the months of May and June, bees can...